Recent developments regarding the spread of the new coronavirus (COVID-19) has many organizational leaders re-evaluating their meeting plans. Several of our units and associations have asked for NAP’s guidance.

Above all, your health and safety should be first priority when deciding whether or not to attend an in-person meeting. Your unit or association should err on the side of caution and practice social distancing as advised by national health authorities. It may become necessary to cancel or postpone an in-person meeting. Or, you may opt to conduct meetings electronically.

NAP’s Board and staff will continue to follow the guidance released by the Centers for Disease Control and Prevention (CDC) and other directives shared by the government agencies. Updates will be provided if any changes occur. Please continue to contact NAP headquarters with your concerns.

To listen to the recording of the meeting and view the presentations, follow these easy steps:

If you are not a member of NAP, please click here for guidance regarding electronic meetings.

Members of the National Association of Parliamentarians elected the following board of directors at the organizations 42nd Biennial Convention, September 5-8, 2019, in Las Vegas. 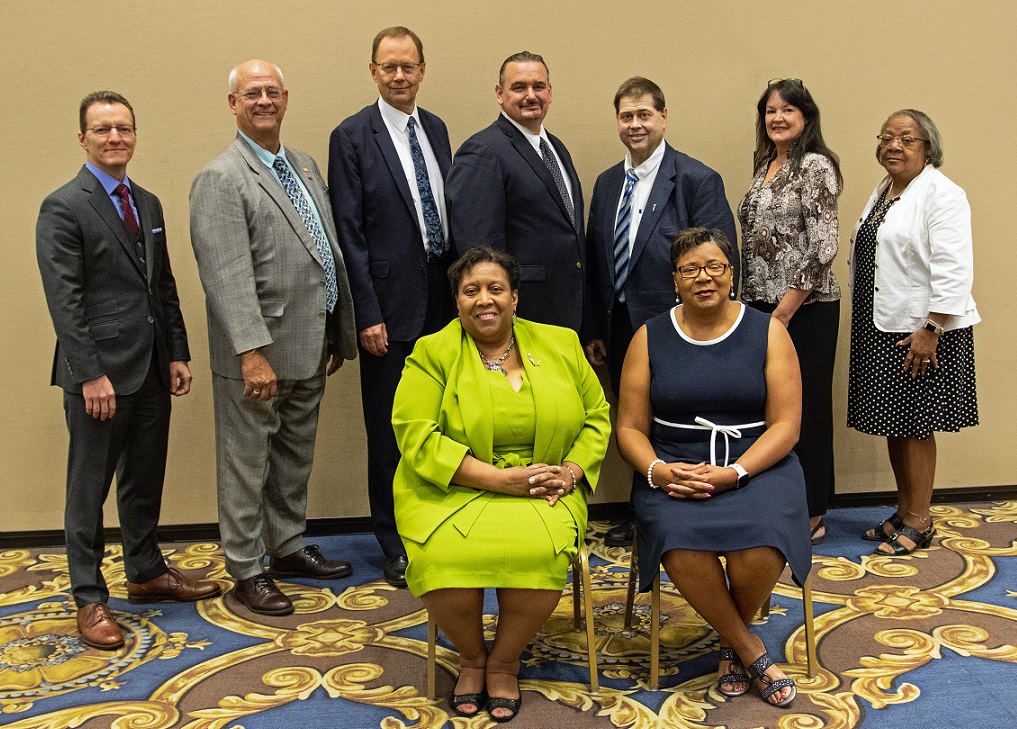 Start planning now for next year’s 2020 NAP Training Conference, August 28-30, at the Hilton Palacio del Rio in San Antonio, Texas. Situated on the famous Riverwalk, the Hilton will be the perfect backdrop for celebrating NAP’s 90th anniversary and the introduction of the 12th edition of Robert’s Rules of Order Newly Revised.

Be sure to plan extra time before and/or after conference to enjoy the historical San Antonio area. Details will be posted to napntc.com as they become available.

Darlene T. Allen, PRP, was elected president of the National Association of Parliamentarians (NAP) during its biennial business meeting, September 5.  She was previously vice president of the board. Allen has more than 20 years’ experience serving NAP members through various roles at the national, state, and unit levels. She served as a district representative to the national board in 2011-2013 and as a director-at-large in 2015-2017.

Allen stressed her commitment to embed regular assessment of our efforts into a process that promotes transparency, teamwork, and trust.

“To remain relevant, our organization must change to meet member and potential member needs, and to ensure financial solvency,” she stated.

The association will experience two important milestones during Allen’s term: NAP’s 90th anniversary and the introduction of the 12th edition of Roberts Rules of Order Newly Revised at the 2020 NAP Training Conference, August 28-30, in San Antonio, Texas.

NAP Reaches Out to Other Organizations

VFW
NAP has joined forces with the Veterans of Foreign Wars (VFW) as its members transition from Demeter’s Manual of Parliamentary Law and Procedure to Robert’s Rules of Order Newly Revised. VFW adopted RONR as its parliamentary authority in 2017 and has partnered with NAP to educate its members on RONR and the basics of parliamentary procedure.

In 2018, NAP staffed a booth in the exhibit hall of the national VFW convention and conducted two well-attended basic workshops. The response was so good that VFW asked us back for it’s 2019 convention this July in Orlando, Florida. NAP will once again conduct two workshops and have an exhibit in the vendor hall. Volunteers from the Florida State Association of Parliamentarians will staff the booth.

NAP and VFW also partnered on a webinar in May, “What Does Demeter Say? What Does Robert Say?” A resounding 270 individuals registered for the panel discussion facilitated by Lucy Anderson, PRP, and featuring NAP members James Stewart, PRP, and Helen McFadden, PRP.

National PTA
Mary Remson, PRP, will conduct a workshop on the basics of Parliamentary Procedure at the 2019 National PTA Convention in late June.

General Federation of Women’s Clubs (GFWC)
For the second year in a row, NAP will conducting a basic workshop at the annual GFWC conference, followed by an opportunity to take the membership exam. More than 35 GFWC members took the exam in 2018.

Workshops were also conducted in 2018 for Jack and Jill of America and Alpha Kappa Alpha.

Special Recognition to Our Mentors